This is the story of a stray dog who has become a media hero and the friend of a whole city. His name is Gamin, and he was so fond of the school kids and the city hall employees that the City Hall of Saint-Parres-aux-Tertres decided to hire him among its teams, and even allocated him a budget and gave him an official name-tag like a real warden.

It was a very high-profile situation at the time.

The dog-employee passed away in April 1987.

What followed is moving: the body of the kind doggie was buried in a grave in the centre of the village, under the windows of a school, not far from the church and the town hall.

Next to a picture of him, this epitaph is engraved: « Here lies Gamin, first communal dog of France ». 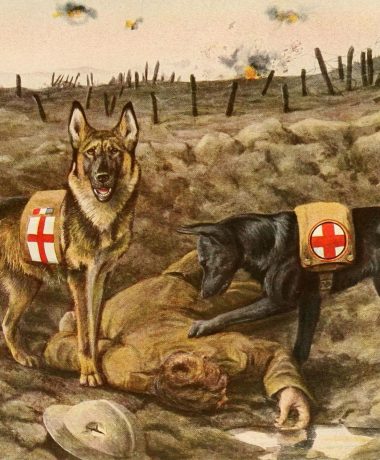