People forgot that dogs too have been to war!

When people think about animals as assistants of our heroes during the Great War, they always think about pigeons and horses!

However, my ancestors played a very important part during the war too, but many of us are not aware of it.

Among other things, war dogs had to deliver information from the front line to a rear post.

When it would take 45 minutes for a man to walk for 3 kilometers, a war dog would only take 10.

And all of them would achieve their mission while so many soldiers were injured or killed!

Not all dogs could be war dogs. There were many precise requirements to be hired: you needed to be between 1 to 8 years old, with a dark coat, shoulders between 40 and 60 centimeters wide and never trained for hunting before…

Moreover, you had to be tested and judged on the quality of your sense of smell, hearing, respect for instructions, obedience and your ability not to bark…

There would be about 5300 of my peers who died while servicing for the war. But the good new is that 10 000 stayed until the end of the war and then went back to normal life.

(Source: Vie en Champagne – September 2016 – Based on an article written by Mrs Bertiaux and the students of the 1ère L1 class at the Marie de Champagne high school.)

You will also love 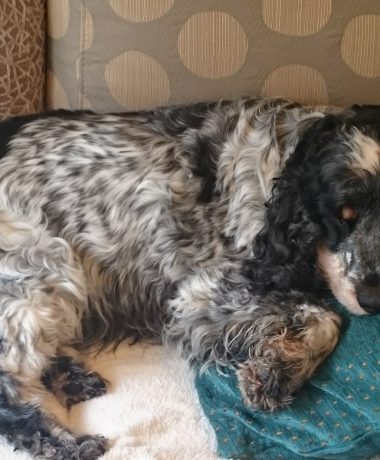